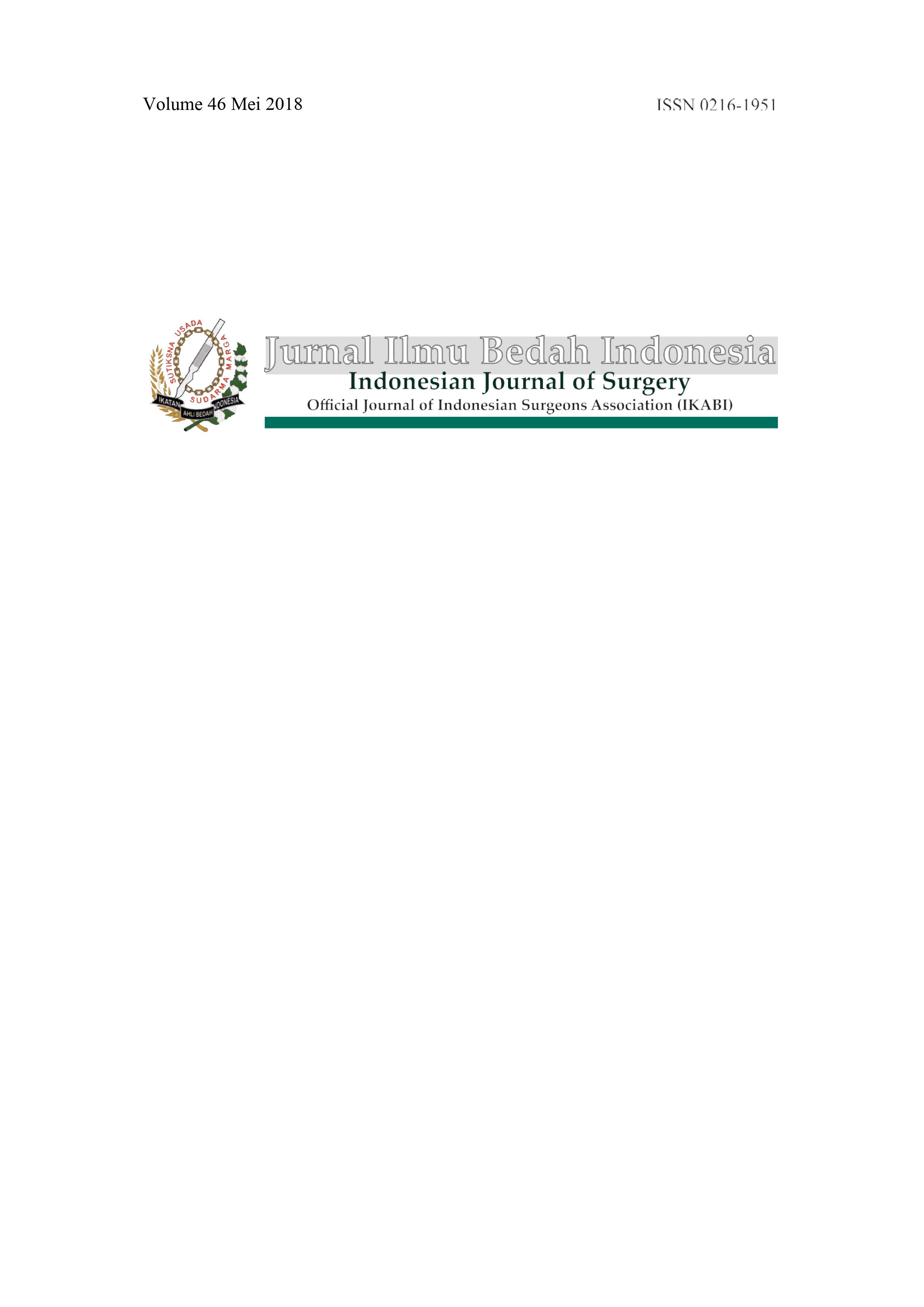 Background. For decades, ??colorectal surgical procedures have been associated with high postoperative infections complication. This is expected because of the large number of bacteria in the colon and rectum content. The aim of this study was to investigate wether preoperative oral kanamycin can reduce colonic bacterial concentration, furthermore reduce postoperative infection complication in colorectal malignancy patients who will be performed elective surgical tumor removal.

Result. Thirty two patients were randomly assigned to one of two groups, the treatment group and the control group. Obtained equitable distribution of age, sex, tumor location and type of surgery. There was significant bacterial concentration reduction difference between two groups (p = 0.01). There was significant surgical site infection (SSI) incidence difference between two groups, 5 patients (31,3 %) developed an SSI in treatment group and 11 patients (68,8 %) in control group (p=0,03), with OR 0,21 (  CI 95%; 0,046-0,92).

Conclusion. Preoperative oral kanamycin could reduce colonic bacteria concentration and SSI incidence in patients with colorectal malignancy who would be performed elective surgical tumor removal. Thus, these methods can be considered its use as a colorectal surgery preparation procedures.

Most read articles by the same author(s)

You may also start an advanced similarity search for this article.