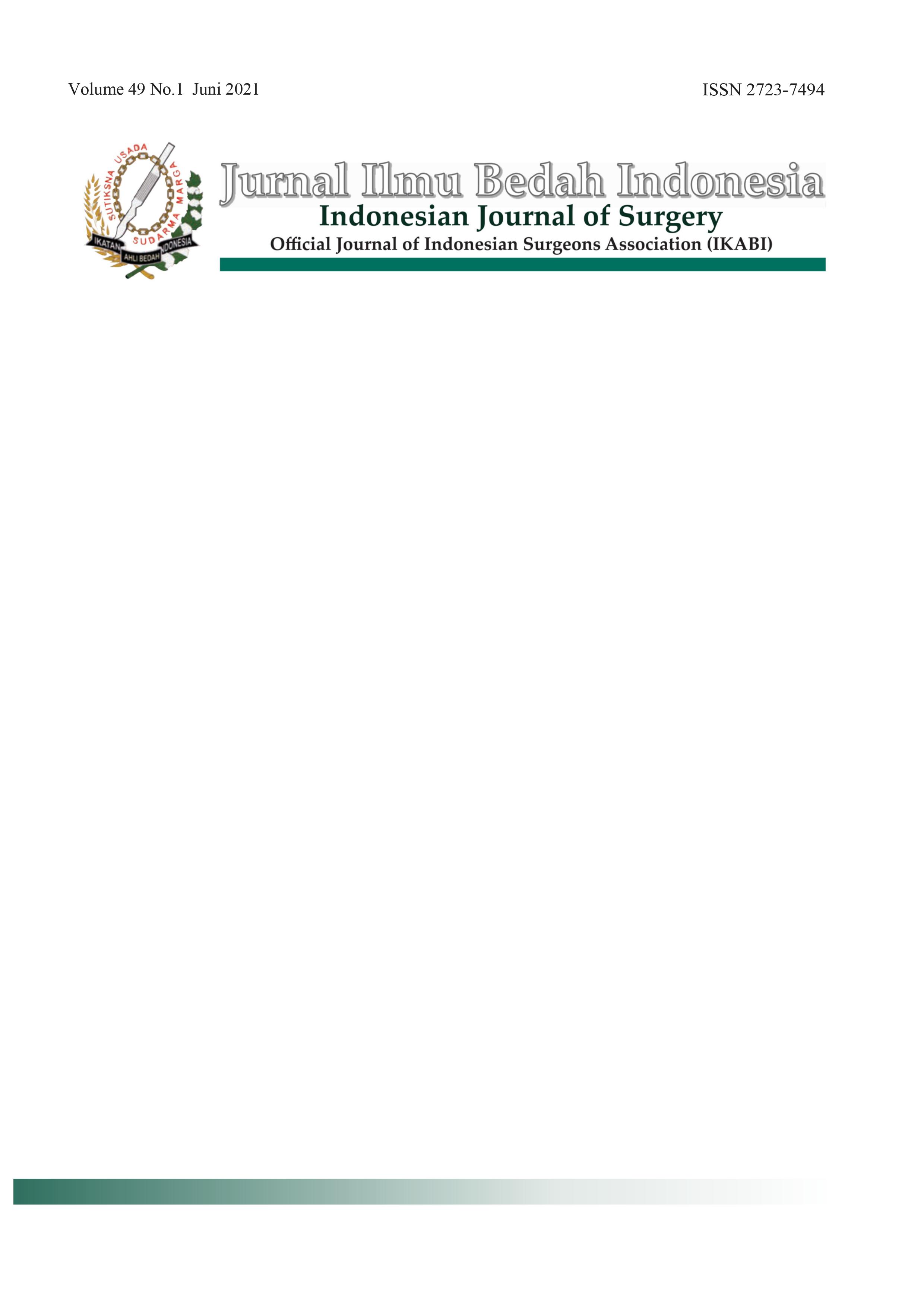 Introduction. Acute limb ischemia can be managed both with surgery and thrombolysis, especially catheter-directed thrombolysis. The risk, benefit and indication of thrombolysis is already well known. However, as a first line therapy, it is unclear which intervention is more beneficial; the catheter directed thrombolysis or surgery. This report aims to elucidate which technique is more effective and safer.

Method. This is an Evidence-Based Case Report based on a case of a geriatric, diabetic patient whom suffered acute limb ischemia. The report systematically search for meta-analysis, systematic review, randomized controlled trial and cohort studies from Cochrane central and PubMed for all adult patient suffering from acute limb ischemia whose are treated with catheter-directed thrombolysis or surgery as first-line intervention and comparing the outcome in terms of efficacy (clinical outcome such as patency and amputation-free rates) and safety (mortality and morbidity).

Results. Subjects’ characteristics should be placed first to draw the demography. Put the study finding(s) here with no interpretation. For all adult patient regardless of their diabetic status and age there is no statistically significant difference for limb salvage, amputation, and mortality between two technique, however catheter directed thrombolysis showed reduced need for additional intervention whilst increasing risk of bleeding events.

Conclusion. Neither techniques are more superior than the other but catheter-directed thrombolysis can be considered given that it reduce the need for further intervention, less invasive and even though it has risks for bleeding complication it is still lower compared to systemic thrombolysis. The selection of which technique can be up to clinician’s discretion in consideration of risk and benefit for each patient.